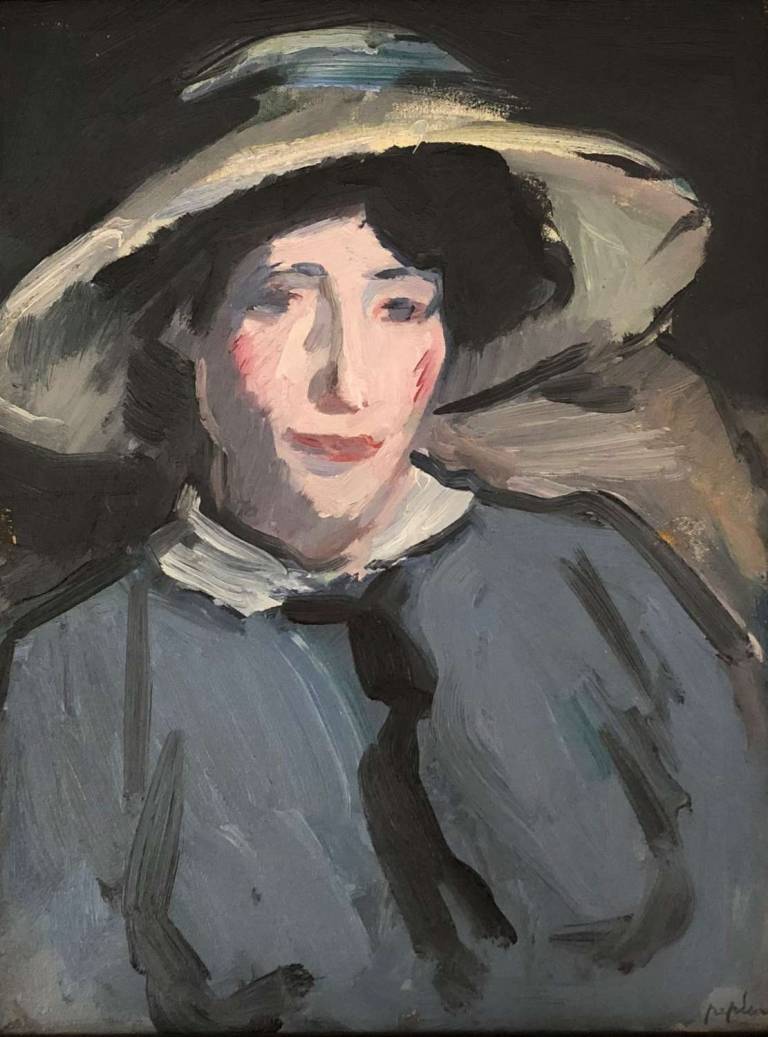 Signed at lower right, dated 1911 in black conte chalk on the reverse. Further inscribed and signed by Margaret Peploe on a label affixed to the reverse, dated April 1944, 'This picture belongs to my son Willy'.

Willy Peploe (the artist's son). Thence by descent to the present owner.

1910, Margaret became pregnant and the couple finally married. Perhaps due to a

certain ignominy around this marital set-up, the couple left conservative

Edinburgh for the bright lights of Paris, and the couple fell instantly at ease

with the Montparnasse, and the French avantgarde they met there.

1911, Peploe left for Edinburgh to sort out his arrangements back home and to

plan business with various dealers and galleries interested in working with him.

It is considered that the current

before he left for Scotland. This was a particularly happy period for the

artist, and he describes it as ‘a very lively time’ in the catalogue entry to