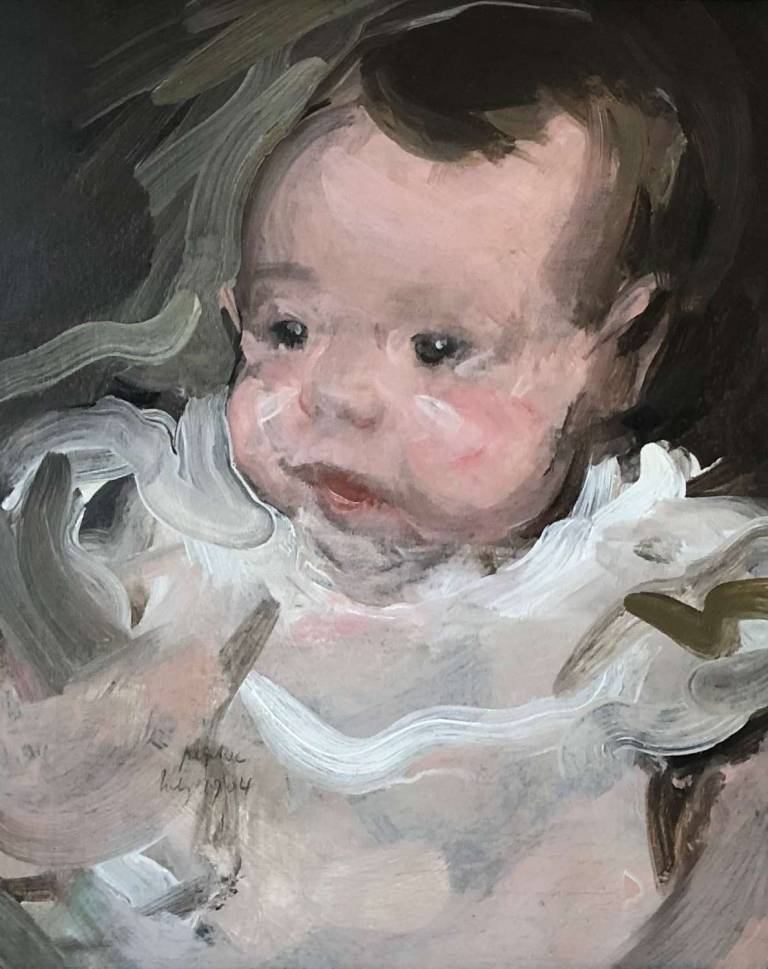 Samuel J. PeploePortrait of a baby

Willy Peploe (the artist's son). Thence by descent to the present owner.

sold out. He spent the summer painting landscapes in Normany with JD

Fergusson, where in July this work was produced. Looking around for

subject-matter, he seems to be drawn to portraiture at this time but not, per

se, to conventional beauty. As his grandson Guy Peploe puts it ‘The sitters for

his figure paintings are not chosen to make pretty pictures. A gawky boy, a